Winter Storm Hercules was a case in point. I knew it was serious when Access Hollywood was pre-empted with a special report of the upcoming storm. Any time Kim Kardashian is pre-empted, you have to guess it’s pretty darn serious. I was surprised they didn’t have Snookie reporting from Belmar.

Naming a storm adds to the frenzy and the sudden extreme addiction to milk, juice, eggs, and bread. I saw gals in ShopRite who hadn’t touched a piece of bread in 5 years with a ridiculous amount of bread in their carts. If I’m going down because of a snow storm you can bet that it’s not milk and bread that I’m making sure I have available. The parking lot looked like the day before Christmas, New Years, and Thanksgiving all rolled into one. Who knew so many drank milk?

The leading news story at 5, 5:30, and 6 was Hercules. The national news at 6:30 also ran it as their lead story. 250 killed in Syria and the lead story was a winter storm…in the northeast….in January. Really?

I could understand all the commotion if this was happening in, let’s say – Arizona. But

cold weather, dark and damp days coupled with snow and ice on the east coast in winter, the last time I checked was normal. It’s why we choose to live here. Jersey Strong, baby.

Adding to the hysteria are the weather experts from Stanford, the weather specialists from the Weather Channel with their charts, graphs, and markers, and lets not forget the reporters trying to analyze while the snow and wind is blowing. “Look,” they shout, “snow and wind!” They highlight pictures of people sliding, falling and crashing. Do we really need experts with charts to tell us it’s a snow storm and to stay inside? Do you think they are such weenies in Fargo ND, or Omaha Nebraska every time it snows and gets cold?

While growing up, I can’t remember my parents ever caring very much about the weather. It’s NJ. It’s snowing. Big deal. What’s for dinner? Making a snow storm in January major news? fugetaboutit.

Back to Hercules…The experts were predicting it was going to begin snowing at 8 in the morning so many people, myself included, changed appointments, cancelled meetings, became unduly nervous about the driving we had to do. I found myself scanning the sky like I was looking for Santa. I checked the forecast on my weather app every hour. I was so obsessed I even checked the hourly weather in Detroit and Boston, where my kids were. It’s snowing in Detroit! No s— Sherlock! Its January. I was ridiculous. But they made me ridiculous.

But with their Hercules forecast they were wrong in their prediction as it didn’t start snowing until 7 PM that night and it was gone by the following morning. By the time it actually started snowing I had already eaten all the bread and drank all the juice. Now what, I wondered?

Don’t you wish you could be paid to be wrong as many times as they are? It would be like your doctor telling you that you have throat cancer only to find out its strep. 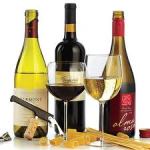 So now we are on to Winter Storm Janus and I’ve decided I’m watching Netflix. I don’t need hourly updates, I can look out the window. I will NOT go to Shop Rite. I can make due with whatever I have available. There is always plenty of red wine and pasta in my house.

I will avoid buying in to the hysteria.

And as far as staying off the roads I’m driving where I have to go, when I have to go. I’ll make the decision to drive on my own. I don’t need charts, graphs, and newscasters reporting in a snowstorm outside to tell me its a snow storm outside.

Tracy’s humor writing appears in the new book Laugh Out Loud: 40 Women Humorists Celebrate Then and Now...Before We Forget. She regularly blogs for the Erma Bombeck Humor Writers workshop,http://humorwriters.org, and is a syndicated contributor to The New Jersey Hills Newspaper,http://www.newjerseyhills.com/observer-tribune/,serving Morris County. She enjoys writing about life's slow decline and vows to go down kicking and screaming.